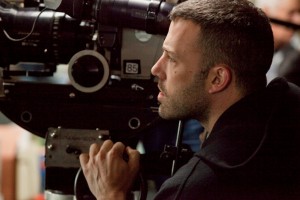 Argo recreates the 1979 November events, when six out of 52 American citizens, taken hostage by Iran revolutionary military, managed to sneak and hide at home of Canadian ambassador. CIA agent Tony Mendez, played by Ben Affleck himself, tries to guide them safely out of the country. That story was kept secret from public for many years.

Ben Affleck gathered a really powerful and dedicated team. He produces together with George Clooney and his colleague for the movie Good Night and Good Luck Grant Heslov. Creative team is led by many Oscar nominated talents. Argo is being filmed in Los Angeles, then in Washington D.C. and Istanbul. The release date is not confirmed, Warner plans to finish the movie for 2012.