The Golden Lion for the best Venezia 68 movie was awarded to Russian retake of the legend Faust. 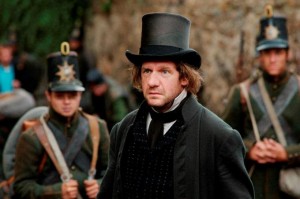 The prize for best director went to China – Shangjun Cai got Silver Lion for People Mountain People Sea. The best actors were named Michael Fassbender for the role in Steve McQueens Shame and Chinese actress Deanie Yip for A Simple Life.

Although George Clooney directed and written festival opening movie The Ideas of March ended up without awards, it will probably be one of the biggest contenders in US.

Venice festival usually gives a good indication what to expect from autumn and awards season. Last year though the jury chaired by Quentin Tarantino was criticized for giving awards to „his personal friends“ – Sofia Coppola for Somewhere and Vincent Galo for Essential Killing. Both movies were not later included in any major awards.

Next in line now is Toronto festival, which will end on September 18th and which last year brought the winner The King‘s Speech.