Beloved Thank You For Smoking, Juno and Up In The Air director finishes one movie and starts working with another one. 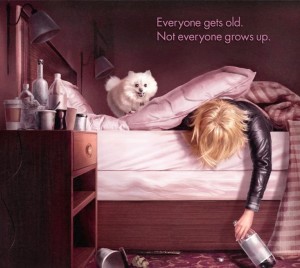 Not very new news, but I‘m really glad to share about the latest works of one of my favorite directors. The first project, which is almost finished and hits the theaters already in the beginning of December, is Young Adult. Charlize Theron stars as a teen literature writer returning to her small hometown to catch the high school glory days and her married ex-boyfriend. The writer Diablo Cody, who worked with Reitman for Juno, is already aiming for some awards. They just released a trailer which looks simple and sincere. Could be a nice treat for holidays.

Another new movie is called Labor Day and stars Josh Brolin and Kate Winslet. It seems it will be kind of short story emotional movie about an escaped convict, who ends up in a house of single mother suffering from agoraphobia and her son during the Labor Day weekend. It is based on Joyce Maynard novel. This will arrive only in 2013.