With ambitious Tintin starting in cinemas and Rise of the Planet of the Apes soundly finishing the summer movie season, it’s a good time to take a closer look at the marvelous New Zealand studio.

First let’s start with the name. In an interview for a beautiful British TV series Last Chance to See the studio founder Peter Jackson was telling that as a kid he was awfully frightened with the endemic New Zealand insects weta, which are one of the biggest and heaviest insects in the world. It really gives chills just to watch a picture of that. So he thought it was a perfect name for the visual effects studio, also honoring his country. 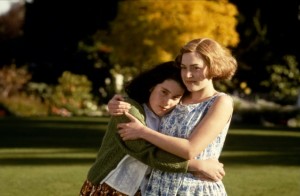 Weta Digital was created during the production of  the internationally acclaimed Peter Jackson’s 1994 movie Heavenly Creatures. This looks a bit strange, because the movie was much different from earlier Jackson’s quirky horror comedy works. I haven’t seen the picture, so I can’t comment for sure, but it seems he managed to put an imaginary twist for a real crime story and used at that time quite profound CGI work. The movie got many awards and launched the career of Kate Winslet. 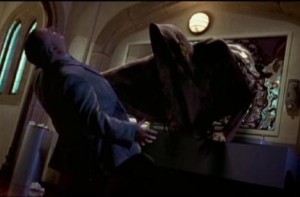 After this movie success Peter Jackson and Weta got the attention of big Holywood studios,  namely, Robert Zemeckis, who helped him to get directing The Frighteners (1996) and produced the movie. Sadly, although the CGI scenes were really impressive (it had the most such shots in the film till date), the movie was criticized for it’s lack of plot involvement, Jackson even had to move the court for one of the local reviews, but the case later was not followed. And it was a commercial failure as the movie didn’t cover its 30 million budget.

Despite the financial troubles, with Frighteners Peter Jackson proved that New Zeland can create a Holywood standard visual works, so the company quickly got to work with part of next years Zemeckis epic sci-fi Contact. 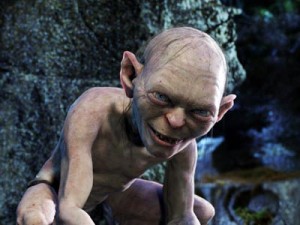 And then the Lord of the Rings era started. That’s a topic too big and too well known for everyone, so I won’t go into details. Just few words about the beginning of this long journey. It’s actually  a quite complicated story, with few major studios backing Peter Jackson’s pitch to books rights holder producer Saul Zaents, who had them since 1976, but had done only an animated movie at around that time. Interestingly, Jackson first wanted to do a King Kong remake, but after complications with studios it was postponed and eventually he won the rights for directing Lord of the Rings and eight years worked with his most successful film ever. It was the most complicated work and to accomplish it Weta created a powerful program for CGI animation called MASSIVE, which the company used in major later movies. 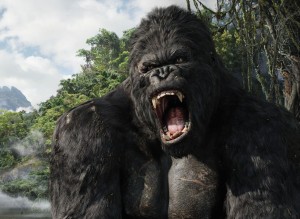 After finishing the work for LoTR Weta had couple of quick small jobs for Van Helsing and I, Robot and then they resumed earlier Peter Jackson’s ambitious King Kong plan. I have to say I was very reluctant to watch this movie. As a kid I loved the seventies and eighties King Kong films so I thought the computerized story will not look as compelling as a massive puppet work. But I watched just out of technical curiosity and was really amazed. I think King Kong was the first movie which at least for me seamlessly bridged the gap between real and CGI shots and I could just watch and enjoy the movie without thinking about how it was done.

After King Kong there were some more works for other directors, some nice (X-Men, Day the Earth Stood Still) and some not very pleasing (Eragon, Fantastic Four). Of course the company did a great job for Peter Jackson’s protege Neil Blomkamps District 9. It was astonishing example of how an unknown director can realize his vision and I really hope for some future development in this direction. I was not so happy with Lovely Bones though. The artistic work was nice and fitted the mood, but I think the movie was overhyped just because of Peter Jackson – it was just a usual story dressed up in nice clothes. 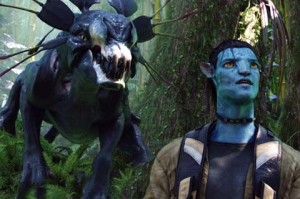 Totally opposite, at least in my impression, was situation with Avatar. I was closely following this movie development, but I think there was not enough credit and attention given to Weta studio and its creation of all the marvelous Pandora’s flora and fauna. Many more casual movie watchers which I talked to didn’t know at all that Peter Jackson’s studio was working with this grand movie. Of course, all the attention was given to James Cameron and his stereo 3D inventions, but I think more people would have been even more keenly waiting for the movie if they knew about the LoTR studio. Anyway, at least they got an Oscar for their work. Again they used an advanced version of program MASSIVE and CGI processing was done in total with 40 000 processors. 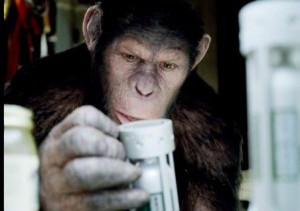 The fruits of hard work for Avatar were finally picked at the end of this summer. In every Rise of the Planet of the Apes promotion you could see Avatar name and the studio managed to successfully build the hype for this classic remake. Again I was a bit skeptical before watching the movie and actually in the beginning CGI work of the young main hero and other apes was not very impressive. I‘m not sure why, maybe it was the intention to distinguish the grown up Caesar, maybe there was not enough time or budget to create all the shots equally impressive. But the effect of first time seeing full quality Caesar was very impressive. Of course, you could expect that from King Kong creators, but what was surprising were the emotions and facial expressions. I couldn‘t believe how much work was put into those shots, how much research they probably had to do to cover such vast amount of emotions. It really shows how much full CGI characters improved since the infamous Jar Jar Binks from new Star Wars saga. Also, it’s another example of actor Andy Serkis effective motion capture work, as he did earlier with Gollum. The new Apes movie grossed almost half a billion dollars, so we‘ll definitely see one or more sequels. 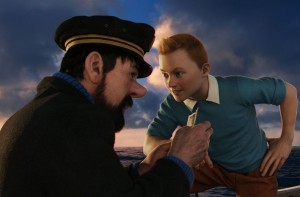 Now Weta faces really interesting times. Tintin already premiered in some countries and I hope to see and review it soon. But I‘m again doubtful about the style chosen by director Steven Spielberg, producer Peter Jackson and his studio. I understand that it must be an animated movie and today you cannot avoid using motion capture for such high profile title. But I‘m just afraid that it will look too much as Robert Zemeckis films which although interesting from technological point, are kind of creepy. Tintin trailers confirmed that wax sculpture look of characters. I hope on the big screen it will look much better.

Situation with the Hobbit movies is much more exciting. After very long and painful pre-production period, changes back and forth with directors, re-negotiations of rights and bankruptcies of studios, the movies are finally in the filming stage and Peter Jackson is using quite an impressive set of new equipment. This is a topic for separate article, but shortly the main idea is that the two Hobbit movies are shot with 3D cameras using 48 frames per second  That should make a huge difference when watching the movie in a suitable theater. Right now such projection is still very scarce, but cinemas are trying to improve the situation by the end of next year when the first Hobbit movie opens. The benefit of 48 fps versus usual 24 will be obvious in the faster pace scenes. Such scenes were a bit of drawback in Avatar as the image, divided separately to left and right eye, is not clear enough and you can‘t fully enjoy faster sequences. As Peter Jackson said himself, 48 fps footage is much easier to watch in 3D, the eyes don‘t get strained, the picture is more realistic and lifelike. Let‘s hope cinemas really can catch this technology fast enough. Engadget just posted a great behind the scenes video about these new Hobbit cameras and rigs, watch it here.

There is little information about other bigger Weta Digital future projects. New Zealand studio is providing support for anticipated Aliens prequel/spin-off Prometheus and for The Avengers. Hope more news about undisclosed future projects will come soon.