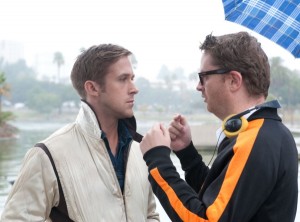 Ryan Gosling decided to skip Golden Globe ceremony, where he was nominated for Crazy, Stupid, Love in favour of the work for new movie with Drive director Nicolas Winding Refn. There is not much details yet, the story is about Bangkok policeman and a gangster challenging each other for a Muay Thai match. The movie is slated to premiere this year.

Another interesting news is that Nicolas Winding Refn has been signed to remake a classic sci-fi picture Logan‘s Run. Guess who‘s attached to star? That‘s right – Ryan Gosling. And then, in the case of this remake success, Refn will be directing a big adaptation of DC Comic‘s Wonder Woman. Sounds like a really interesting future!