The Artist and The Descendants win Golden Globes 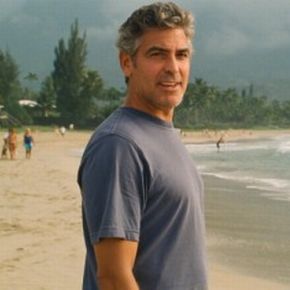 This year Golden Globe awards went quite predictable, except maybe for The Descendants winning a main prize and George Clooney taking a Globe away from Brad Pitt. Judging from previous awards his role in Moneyball was really a favorite and probably he will have a revenge in Oscars.

I‘m yet looking to see The Descendants, but really great critic and viewers response, plus the earlier director‘s Alexander Payne fantastic film Sideways makes it really a strong contender. Still, I think it will have a harder time in Oscars and there the big favorite probably will be Hugo, which got Scorsese just a Globe for best director.

The nice thing about Globes is the separate attention for comedies and musicals, which tend to be overlooked in more serious Academy Awards. Here it was a big pleasure to see The Artist winning three Globes: for soundtrack, for actor Jean Dujardin and as the best movie in this category.

The rest main prizes were really predictable: Meryl Streep for Iron Lady, Michelle Williams for My Week with Marilyn, Woody Allen for Midnight in Paris script and Steven Spielberg for Tintin in animation category. Iranian movie A Separation for the best foreign movie was totally obvious too. This film generated the highest Metacritic score I have seen in years, I think even higher than Hurt Locker had during the peak. Hope to see it soon.

The highlight of the ceremony for me is always Cecil B. DeMille lifetime achievement award, which this year went for Morgan Freeman. After more than 50 various great movies and the best publicly voted film of all times, he really deserves it.