The first teaser of the new generation Bourne series without Matt Damon and director Paul Greengrass. 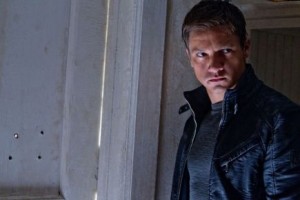 Thankfully, the new movie (with the hopes of starting new series of course) is lead by all Bourne series screenwriter Tony Gillroy, whose directing works so far include superb Michael Clayton and average, but closer to the topic Duplicity.

The main agent this time is ever more popular Jeremy Renner. I really love the guy, even remember his debut teenage comedy Senior Trip. But this role seems just too close to his appearance in Mission Impossible. Anyway, the supporting cast of Edward Norton and Rachel Weisz give more hopes and teaser looks cool. Currently they are filming in Philippines, another location is South Korea, so set-piece variety should be interesting.

The Bourne Legacy premiers in August.