The long awaited new work from the team of Lana, Andy Wachowski and Tom Tykwer, based on the novel by British author David Mitchell premieres on 26th of October. 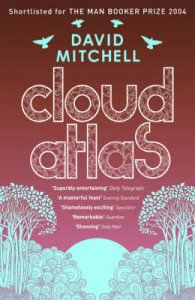 Warner Bros will also distribute Cloud Atlas in major European markets, where it will arrive in early 2013. The film rights for other territories are already settled (Focus Features is the main distributor) and it will arrive around the same time. According to studio, the early screenings of the movie were very successful, audiences were immersed by visual style and powerful story.