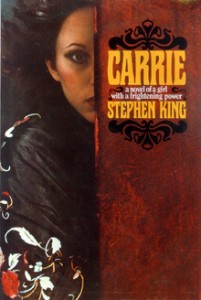 In the mother’s role stars Julianne Moore, the movie is directed by Boys Don’t Cry and Stop-Loss author Kimberly Peirce. The movie is scheduled for 2013.

The original 1976 adaptation directed by Brian De Palma got a couple Oscar nominations for the main actresses.