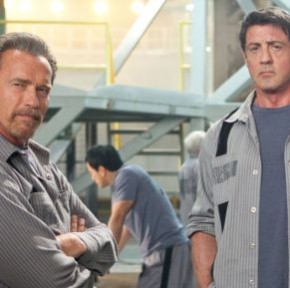 Finally there will be a chance to see both greatest action heroes Arnold and Sylvester in full roles together! In Escape Plan, Stallone plays the prison escape expert, who is offered to test a high-tech prison for escape weaknesses, but it seems he is double crossed and has to do it for real together with another inmate – Schwarzenegger.

Escape Plan was directed by Mikael Håfström, whose Hollywood movies include Derailed and 1408. Interestingly, the movie isn’t backed by some major company and is co-produced by nine smaller ones. The film premieres in the beginning of October.